Synthesis – An Electronic Music Get Down

Synthesis – An Electronic Music Get Down 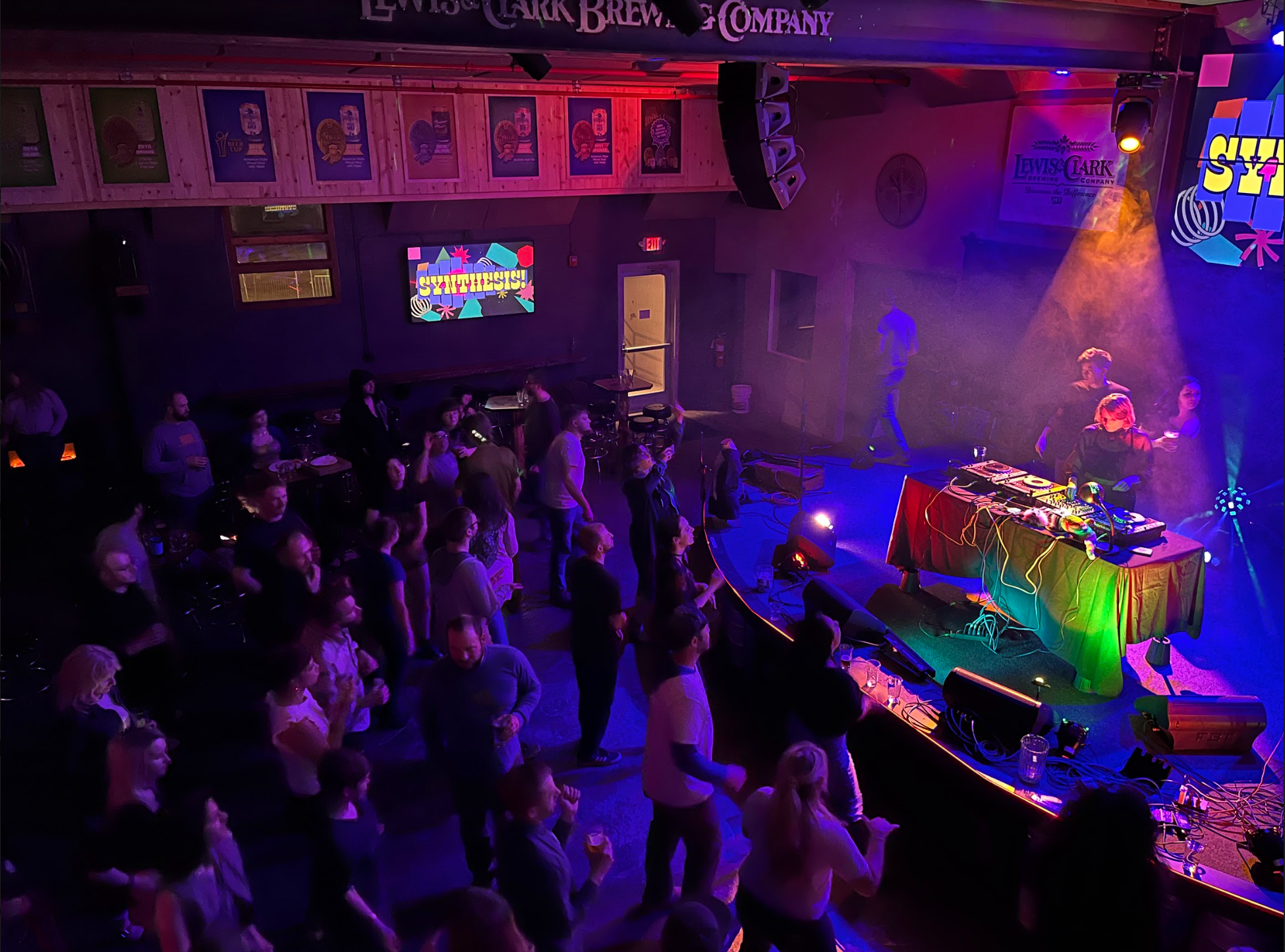 Buckle up for a night of funky bass and deep grooves brought to you by Montana’s top tier electronic musicians.

snowschool is the electronic dance music project of Helena based artist Josh Stumberg. Blending heavy hitting bass lines with heartfelt lyrics, snowschool is an expressive music meant to get you dancing. Josh is passionate about getting Helena folks moving and grooving, and Synthesis is his way of providing a space for alternative artists to play on stage and get the community excited about the art of dance.

Joyce from the Future has cultivated a sound to lead the world into a new phase with tight grooves and ethereal vocals with one directive- Dance! Originating in 2018, Joyce from the Future is carving out a name for itself among the mountains and high-plains of Montana. From its early start in dorm room jam sessions and self-taught technical know-how to sharing the stage with national touring acts, Joyce from the Future has been on a rapid rise towards pop notoriety. Made up of four friends- Lyric Horton, Alex Campbell, Konnor Stiles, Josh Reedy- Joyce from the Future feels grounded and real, a testament to its Montanan roots. Even though its songs sound more nightclub than cow pasture, they still bubble with the core of wholesome provinciality without the distant artifice or bravado of the “City.” Down to earth people making out-of-this world music. The band’s songs are filled with synth-pop sensibility giving them a deceptively simple appearance. Scratch just beyond the surface and a complex bundle of creativity reveals the true depth of their style, blurring the lines of genre. Indietronica, synth-pop, R&B Groove- it’s all here. Layers of orchestration bring forth a mature sound big, warm, and inviting, calling to mind similar sounds like Chvrches and Stereolab. Substance and style drive their live shows. Fans flock to their fun, energetic performances while their vision resonates with all who hear their addictive groove. Currently Joyce from the Future is cementing its place as a staple in the local Billings music scene, all the while gearing up for the big leagues and beyond.

Carr Tell is an Air Force veteran raised in Boulder Montana with an education in audio engineering. After working in post production and recording studios in West Hollywood, hee moved back home to pursue music of his own. Using techno grooves, big basslines and nostalgic vocals the dance floor and butts are sure to be shaking.

HNNH brings you the full spectrum of dark yet colorful techno & club music. A percussion enthusiast with 10 years experience behind the DJ decks, HNNH will make sure your ears are workin and your body is twerkin. Based in Helena MT!