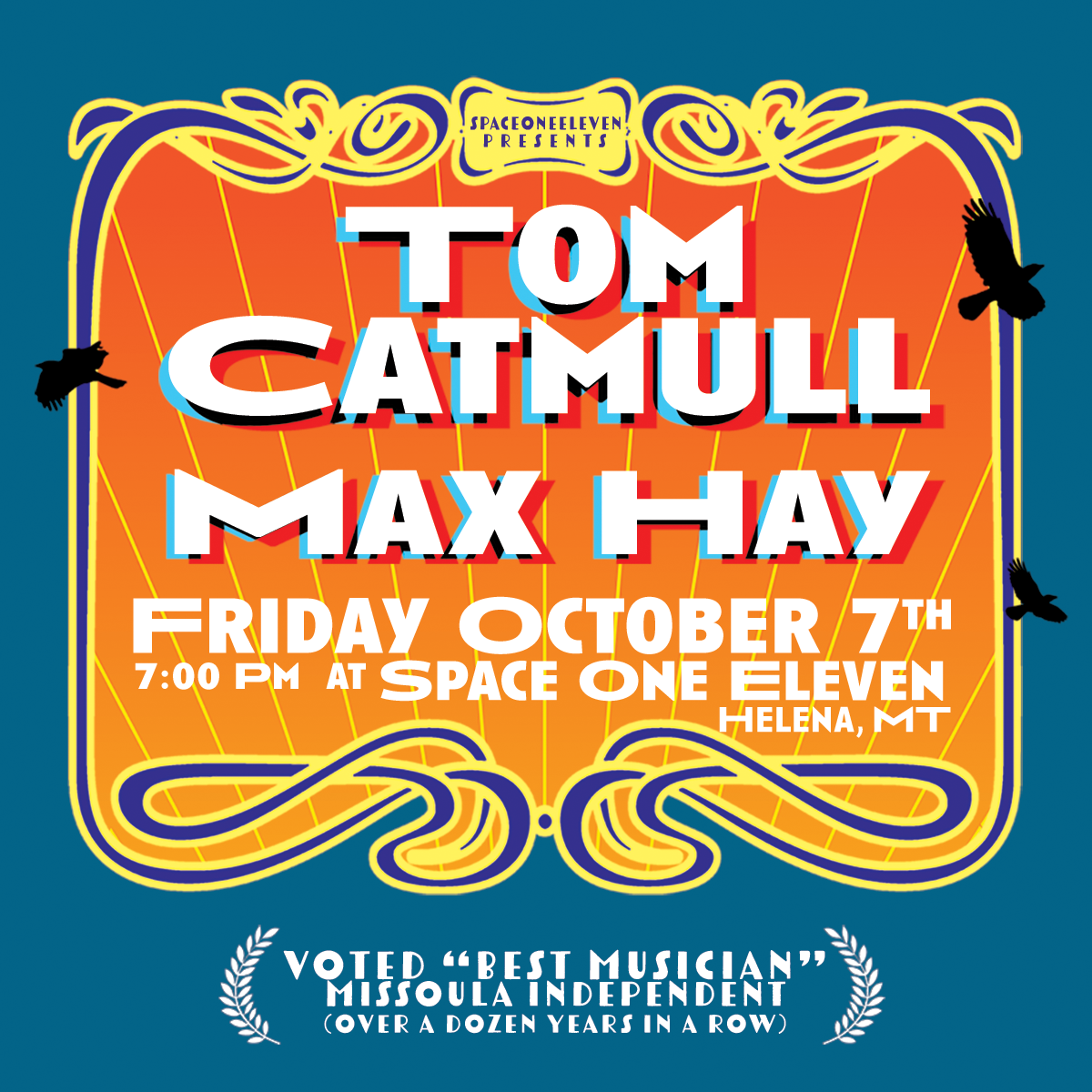 Emotional wordsmithing captured by music with two of Montana’s finest.

Tom Catmull is a word enthusiast. They are the larger part of what makes his world go round. He’s spent the last twenty-five years in his adopted hometown of Missoula, MT presenting words in ways to make them as alluring as possible to people who crave such things (and “ambushing” those who do not!). The tricks useful to achieving this feat include infectious melody, thoughtful arrangement,
storytelling, some finger picking and a clean shirt. His last couple of decades have included seven full length albums, a stack of plastic framed “Best Musician” endorsements, a few television appearances (Montana PBS 11 th and Grant), theaters performances (The Wilma, The Rex, The Roxy, The Dennison), countless honkytonks and one national anthem performance (”Go Maulers!”). There exists some confidence that these roots driven Americana songs are worthy of your time. Don’t be fooled, though. The acoustic guitar and harmonica are just cheap ploys to get the words out in front of you.The stories are in there.

Cult-classic road machine, Max Hay, delights audiences with madly entertaining stage antics and expert musicianship. After 10 years of constant touring, his shows are a polished departure from a solo pub act. A double dose of comedy is balanced by expressive musicianship as Max shifts smoothly between genres and styles. Carbondale Rocks says, “Hay’s act blends music and comedy in creative ways, incorporating stories, anecdotes, and a degree of fun and spontaneity not often found in most live shows.” The Missoula Independent simply says, “Hay Wails.”

For more visit Tom at www.tomcatmull.com/ and Max at www.maxhay.com/