How Did We Get Here?: Planet

How Did We Get Here?: Planet 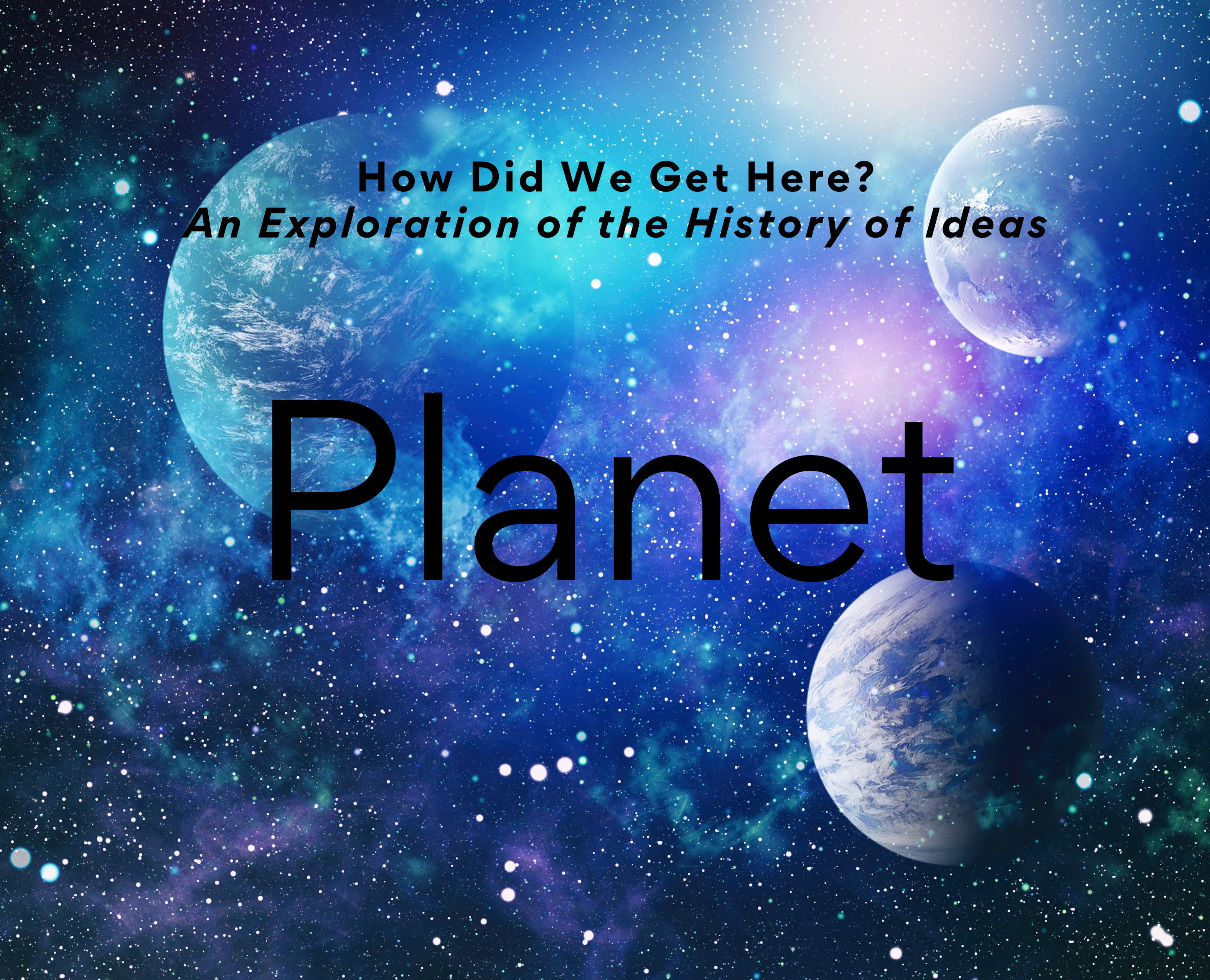 In this installment of “How Did We Get Here?” we’ll consider the idea of “planet” throughout the history of astronomy starting with the ancient Greeks who identified seven, planetes asteres (or wandering stars). This included the Moon and Sun, but not the Earth. Then came Copernicus who changed our view, identifying planets as bodies which orbit the Sun, making the Earth a planet, but not the Sun and Moon. The development of telescopes led to yet further discoveries, including new planets (like Uranus and Neptune) and many other objects, such as Ceres, Pallas, Juno, and Vesta (which were first called planets, and then recategorized as asteroids).

Along came the 20th century which brought more complexity to the nature of planets, with the discovery that Mercury, Venus, Earth, and Mars are a very different type of object than the gas giants Jupiter, Saturn, Uranus, and Neptune. The discovery of Pluto further muddied the waters, leading to the International Astronomical Union’s controversial 2006 decision to kick Pluto out of the major planet club! (Poor Pluto). Today, planets are one of the hottest fields of research; astronomers have discovered thousands of exoplanets orbiting around other stars, leading us to more complexity, as we must consider where we draw the line between very large planets and very small stars.

So where does philosophy fit in with all of this? In addition to the cadre of historical thinkers identified as ‘natural philosophers’ (all of whom rigorously engaged in such ponderings in their own ways), the fields of metaphysics and epistemology come to mind. Scientific words and their definitions serve as a specific lens through which we can view the world. By scientifically defining words so that they most closely match real categories that exist in physical reality, this makes it easier for us to understand, investigate, and make sense of the universe. As such this installment of HDWGH and the evolution of how we understand and use the word planet will give us important insights into the nature of science and the foundations of our modern civilization.