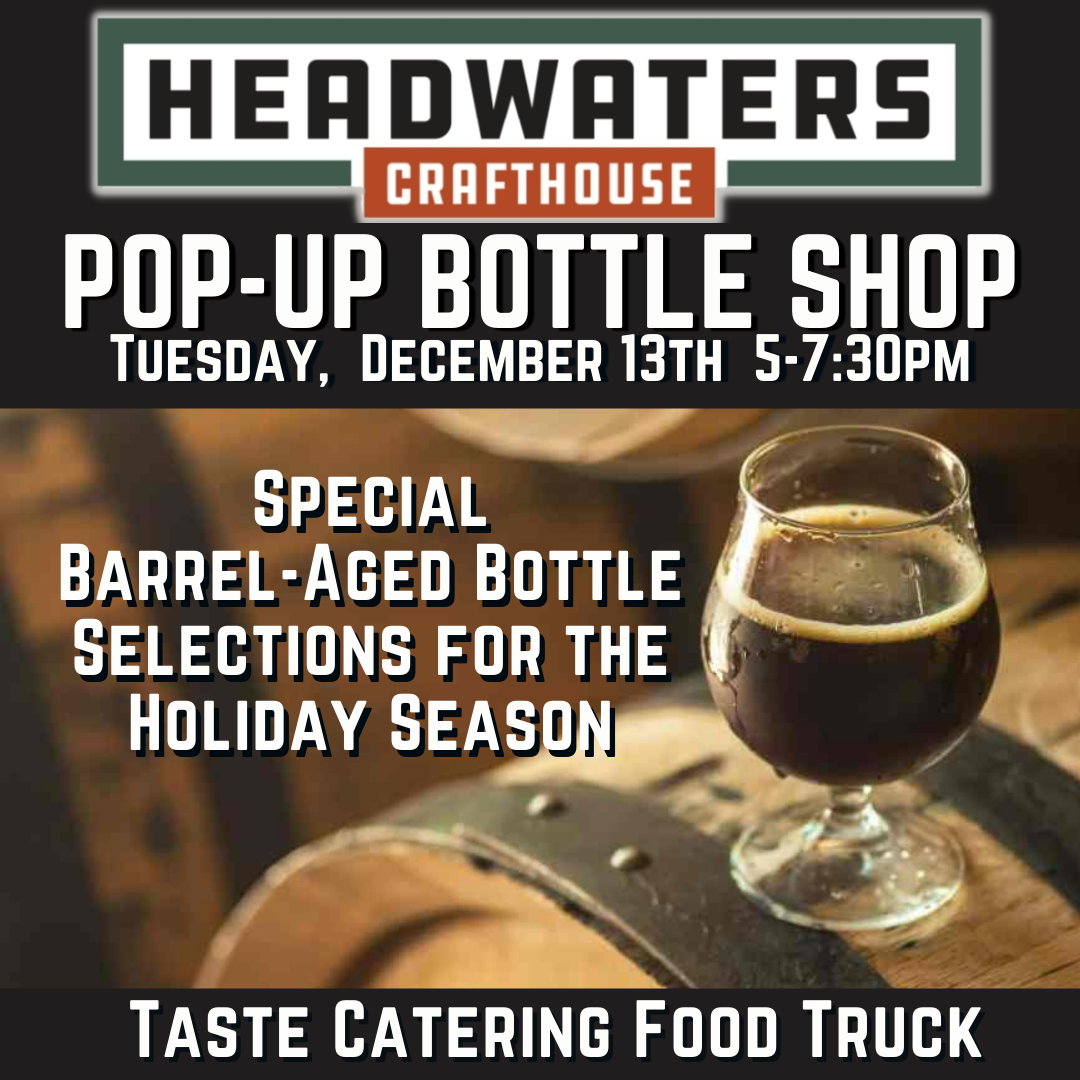 Big Sky: Ivan the Terrible 2018
Ivan The Terrible is rich, complex, and intense. Sifting through the darkness, you will find flavors of dark chocolate, dried fruit, and bourbon. Drink now or lay down as this beer will assuredly evolve over time. Aged in American oak bourbon barrels.

Kettlehouse: Whiskey Barrel White Stout
Our Scared of the Dark White Stout aged in whiskey barrels! Bozeman and Missoula areas, keep your eyes peeled on shelves for limited supplies of this bad boy in March.

Kettlehouse: Freezeout Barrel Aged Stout
With a chocolaty sweetness up front, this beer was aged in whiskey barrels for 6 months- the oak wood naturally adding a delicate hint of vanilla to this smooth, decadent brew.

Fremont: Rusty Nail BA Imperial Stout
The Rusty Nail begins life as The First Nail, an oatmeal stout of epic proportions with brewer’s licorice, smoked barley, and pale malt and is then aged on cinnamon bark. She becomes The Rusty Nail after spending 15 months in 12-year old bourbon barrels. The Rusty Nail pounds your palate, challenges your perception of all that you’ve known of beer, and leaves you wanting … another sip.

Fremont: Barrel Aged Dark Star Oatmeal Stout
This year’s release of B-Bomb is aged in 8–12-year-old American Oak bourbon barrels and is a blend of 9, 12, and 24-month old barrel-aged Winter Ale. B-Bomb achieves distinct bourbon, oak, cacao, leather, toffee, and dark coffee notes from its extended barrel aging and barrel blending. Each barrel contributes a different note, and combining each barrel to create a coherent tone is a distinct art and true pleasure. Please do enjoy this unique barrel-aged ale today, but know that B-Bomb will age gracefully for at least another 5 years.

St. Bernardus Quad Christmas
St. Bernardus Christmas Ale is a dark, seasonal beer, full of wintery character and flavors that we brew every year ready for the festive season.

Duvel Rum BA Pale Ale
Great news from the cellars of our brewery! The sixth batch of Duvel Barrel Aged is ready. After the Duvel Barrel Aged success of last year, our brewers made a Barrel Aged matured in Jamaican rum casks. It is a unique beer (11% ALC) that was brewed with respect for the authentic taste of Duvel, but with a surprising Jamaican twist and sweet, powerful rum notes of vanilla, dried fruit and oak. It’s an absolute first.